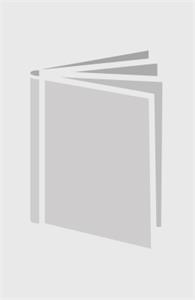 Using previously restricted materials Nicklaus Thomas-Symonds examines one of the most influential and successful politicians of the late twentieth century exploring Wilson's rise to power via Clement Attlee's post-war government his relationship to Nye Bevan whom he eventually replaced in the Shadow Cabinet the close workings of his own inner circle and the issues surrounding the first European Referendum. His biography considers previously overlooked aspects of Wilson's life such as the mysterious circumstances of his voluntary resignation and legacy in social reform.

The book will offer a timely consideration of the advancement of social justice issues under Wilson's government: homosexuality was decriminalised abortion legalised and capital punishment abolished. Wilson was able to successfully unite a fractured Labour Party and lead it to victory on two occasions facilitating the cultural and social changes of the 'swinging sixties' balancing the liberal and conservative attitudes of his supporters.

This fascinating biography tackles Wilson's widespread reputation as a prime minister who should be remembered for political machination over constructive achievement. Instead Thomas-Symonds makes the case for Wilson as one of the twentieth century's great politicians. With considerable skill he led his party and the country through acute economic difficulty and profound social change. With a brilliant mind sure-footed political moves and a feel for public opinion Wilson was a survivor who emerged from crises to defeat political opponents time and time again.

Nick Thomas-Symonds is the Member of Parliament for his home constituency of Torfaen first elected in 2015. He is currently the Secretary of State for International Trade. A lawyer and academic he was elected a Fellow of the Royal Historical Society in 2012. He is the author of two acclaimed political biographies Attlee: A Life in Politics and Nye: The Political Life of Aneurin Bevan (I.B. Taurus).